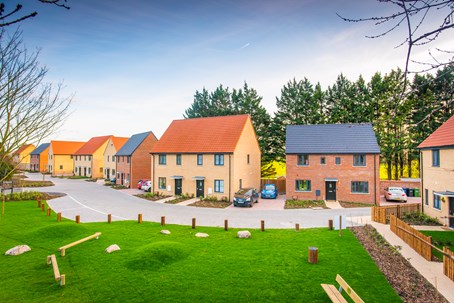 Armistice Close, on the outskirts of the village of Fulbourn, near Cambridge, is a development of 14 affordable houses and flats, with five shared ownership homes and nine for affordable rent.

The homes, built by a partnership of Accent Housing, developer Hill and South Cambridgeshire District Council, were part-funded by a Homes England grant. They are highly-insulated and fitted with solar panels and electric vehicle charging points, supporting South Cambridgeshire District Council’s green agenda. People with a local connection to Fulbourn were given priority for the new homes, which were handed over in early 2020.

The Parish Council and the Fulbourn branch of the Royal British Legion named the new road, to commemorate the 100th anniversary of the end of the First World War.